US President Franklin D. Roosevelt took office in March 1933, inheriting an economy that was in shambles due to the Great Depression. One policy objective of the new administration was an increase in the money supply to encourage prices to rise. However, the US government was limited in its ability to increase the money supply while maintaining a gold standard. To address this, the Roosevelt Administration promptly suspended convertibility of paper dollars into gold and banned exports of gold in an effort to increase gold reserves. Even more drastically, President Roosevelt issued the infamous Executive Order 6102, which required US citizens to turn in gold coin (to be exchanged for paper dollars at the rate of $20.67/oz). This executive order brought in more than $300 million in gold coin to the national coffers.

Nonetheless, this was not enough to substantially increase the money supply. In early 1934, Congress passed the Gold Reserve Act, which (despite its name) drastically weakened the country’s gold standard. First, this law codified the executive order of the previous year, and criminalized holding more than $100 in gold coin (many prosecutions did occur in subsequent years). Even more drastically, the price of gold was increased by decree on January 31, 1934, from $20.67/oz to $35.00/oz – an increase of nearly 70%. In other words, the purchasing power of the US dollar against gold was decreased massively. On paper, the US Treasury’s gold holdings rose from $4.033 million to $7.348 million overnight!

The Gold Reserve Act did restore a limited gold standard at this new, higher price. While individuals were no longer able to exchange paper dollars for gold, foreign central banks did have this ability. Many central banks took advantage of the new, higher price for gold in the US and exported a tremendous amount of gold stateside in the 1930s. These inflows were mishandled somewhat by the US government, which was concerned about allowing the money supply to grow too quickly, and another economic downturn resulted in 1937-38. Nonetheless, the price of gold stayed at $35/oz, and US gold stockpiles continued to rise.

In addition to this higher price of gold, US gold reserve levels also increased due to the outbreak of war in Europe. Many European countries (especially the UK) transferred tremendous quantities of gold to the US as payment for war materiel. By the end of the war, with virtually every other major economy destroyed, the US had the vast majority of the world’s gold supply.
In 1944, even before the war’s end, leading economists met at the Bretton Woods Conference in New Hampshire to discuss the post-war monetary system. With the US holding so much gold, it was agreed that each country would maintain a fixed exchange rate against the US dollar, which was in turn backed by 40% gold reserves and was exchangeable for gold at the price of $35/oz.

However, the system was such that, starting in the 1950s, the US had to constantly sell gold into the market in an effort to keep the price at $35/oz. By the late 1960s, with increasing Federal spending related to the Vietnam War and the Johnson Administration’s “Great Society” programs, the US has expended most of its gold stockpile in an attempt to defend the $35/oz price level. The situation eventually became untenable and President Richard Nixon suspended convertibility of gold even for foreign central banks in 1971. Attempts were made to restore the gold standard by devaluing the US dollar to $38 in August 1972 and then to $42.22 in May 1973, but the market price continued to rise. In the wake of this failure, most major economies ended their pegs to the US dollar and allowed their currencies to float freely.

Stagflation and the 1980 Peak

Once the dollar was allowed to float in 1973, the price of gold began to rise at a torrid pace. This was accelerated by the outbreak of the Yom Kippur War in October 1973 between Israel and a number of Arab countries. To protest the United States’ support for Israel in the conflict, many oil producing states (Saudi Arabia chief among them) reduced oil production output, leading to a huge spike in fuel and other commodity prices. Without the US government attempting to control the price level, gold surged to $180/oz by the end of 1974.

The US economy of the 1970s is often characterized with the term “stagflation,” meaning an era of high inflation and stagnant economic growth. The price of gold backed down to $110/oz by the time of the United States’ Bicentennial in July 1976, but then resumed its rise, surpassing the previous high of $180/oz by June 1978. The 1979 revolution in Iran and the Soviet invasion of Afghanistan led to another spike in commodity prices, and along with an infamous run on the silver market in 1980, gold reached an all-time high of $850/oz in January 1980. Adjusted for inflation, this is still the all-time record high price for gold.

The US and most major economies got a handle on double-digit inflation in the early 1980s. A prospering economy, reduced geopolitical concerns with the end of the Cold War, and generally falling commodity prices led to a drop in gold prices in the 1980s and 1990s. With the new system of floating, fiat currencies having stabilized for the most part, many central banks felt that there was no longer a need to hold gold. During the 1990s, many central banks sold a large amount of gold into the market, further depressing gold prices.

Most developed economies also implemented tighter fiscal policies in the 1990s. The US ran a budget surplus for the first time in decades under the Clinton Administration. European countries also ran tighter budgets as they prepared to transition to the Euro. Government belts also tightened throughout in East Asia in the aftermath of the 1997-98 financial crisis. The combination of tight fiscal policies and increased supply in the gold market resulted in a low price of $251.70 in August 1999.

A New Bull Market and the Global Financial Crisis

Gold began another bull market after 2001, when central banks lowered interest rates to stimulate the economy. Gold reached the psychologically significant $500/oz level in 2005, and neared $1,000/oz just before the crash in 2008. A more general bull market in commodities during this decade (oil rose to $147/barrel, also peaking in 2008) also helped pull gold prices higher.

Not wanting to repeat the mistakes of the Great Depression, most central banks drastically increased the size of the money supply in the aftermath of the Global Financial Crisis. The Federal Reserve, for example, increased M1 money supply by more than 50% in less than 3 years. Driven by fears of inflationary consequences, gold surged through the $1,000/oz level in 2009, en route to a record high of $1,920.70/oz in August, 2011 – a 763% price increase off the cyclical low just twelve years earlier. 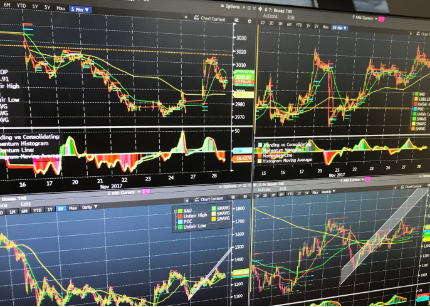 As we can see from this amazing volatility over the past few decades, gold prices are affected by a variety of factors. First, gold is still seen as a “flight-to-safety” by investors. When geopolitical risks increase or some economic threat looms large, gold often has a corresponding price increase. Gold is also something of an industrial commodity, and demand will often rise or fall along with the rest of the commodities market. Its price can also be affected by input costs related to mining or refining and the availability of new sources of gold coming onto the market.

Lately, gold has stabilized in price somewhat as both interest rates and inflation remain low and stable, but new monetary policy initiatives could easily send gold prices higher once again. Nonetheless, the fact that this is such a deciding factor in gold prices speaks to gold’s eternal status as a monetary instrument.

The most straightforward way for investors to take advantage of gold’s status as an investment is a purchase of gold bars or rounds. The Colombian Mint is pleased to offer a variety of high-quality gold products produced to international standards. Backed by more than a century of experience in gold refining, bars and rounds from the Colombian Mint give investors all the benefits of a gold investment with maximum security and value.

Gold can only shine if it’s mined in full compliance with the industry’s best practices. Being a world-class precious metal refinery and assayer, Colombian Mint takes great pride in […] More than 130 years of tradition, working together for the past 25. While most only know the Colombian Mint since 1997, our history starts at end of the XIX […] 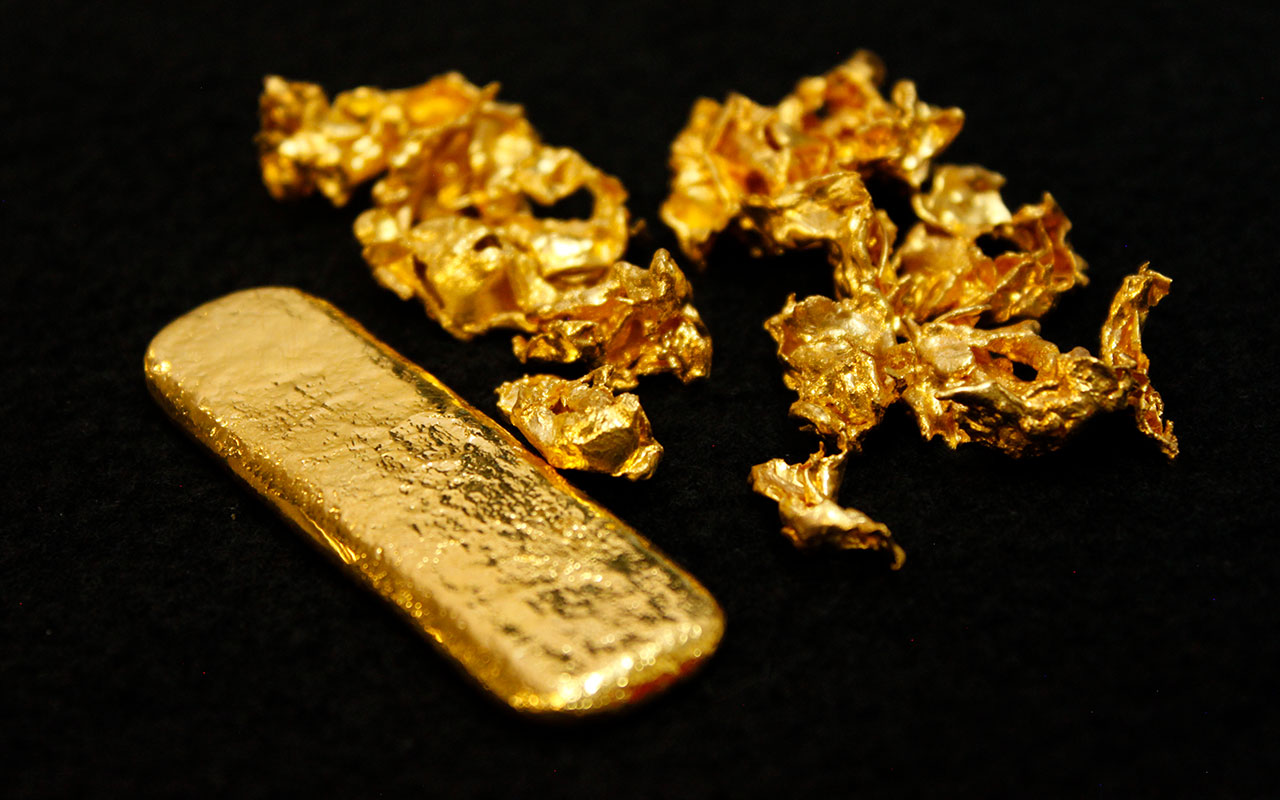 Between the 1930s and the 1970s, most of the world’s major currencies transitioned from a gold standard to fiat currency. During this transition, circulating coinage also changed from being […] 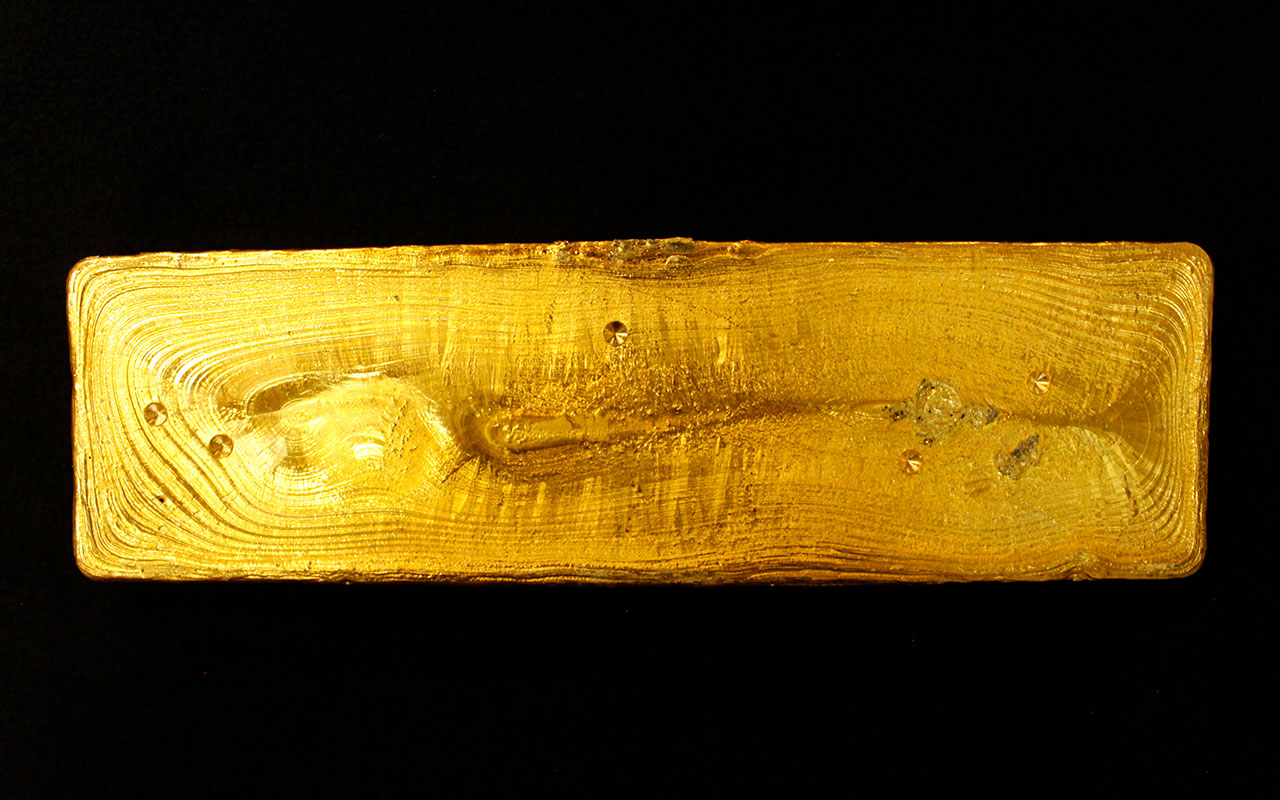